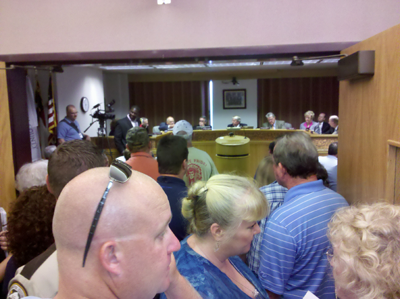 As you recall from prior alerts, Johnston County Commissioners recently attempted to pass a de facto shooting ban under the guise of a noise ordinance. Fortunately, vigilant GRNC members detected the scheme after an attempt to pass it failed due to lack of a quorum. The resulting firestorm of input received from GRNC members and our friends at ncgunowners.com had the desired effect; the gun-specific portions have been removed and the ordinance passed without them.

Enjoy another in a string of pro-freedom victories that you and fellow GRNC members have won over the recent months. This sends an important warning to other municipalities that may have been considering similar legislative end-arounds of North Carolina’s Range Protection Act of 1997. 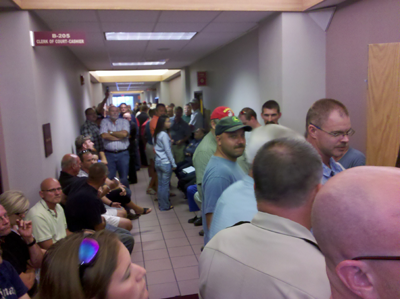 Johnston County Attorney, David Mills was finally disabused of his notion that Range Protection applies only to commercial ranges. As you may recall, the most significant test of the statute has been by Dr. Michael Land, who successfully repelled not one, but two attempts to shut down his range with lawsuits dismissed in 2010 and 2012. Recent news stories indicate that Mills may not fully realize he lost. We all need to continue to watch Johnston County closely.

A particularly troubling aspect of the Commission’s meeting was Chairman Allen Mims’ lack of decorum in criticizing email input and refusal to open the floor to public comment. The Chairman’s statements can be viewed here:

Mr. Mims isn’t up for election until 2014, but he can be assured that we will not forget his attempt to squelch the input of gun owners.

In the end, gun-specific language was stricken after passage of a motion offered by pro-gun Commissioner, DeVan Barbour. Mr. Barbour has earned our gratitude and deserves a note of thanks from all NC gun owners, but particularly those residing in Johnston County.

You need you to do three things:

2. Email Johnston County Commission Chair, Allen Mims: Let him know that his efforts to ignore gun owner input will be remembered during his 2014 election.

DELIVER THIS MESSAGE TO MILLS AND MIMS:

As a concerned North Carolina gun owner, I am pleased that gun-specific language was removed from your recent noise ordinance. Please note that our state’s Range Protection Act extends to individuals as detailed in GRNC President Paul Valone’s letter of September 5.

Any further attempts by Johnston County to infringe upon the rights of gun owners will be vigorously opposed, and will be remembered during elections.

DELIVER THIS MESSAGE TO BARBOUR:

I am very grateful for your help in offering a pro-gun amendment to Johnston County’s recently passed noise ordinance. As you know, without striking this language, the ordinance would have effected a de facto County-wide shooting ban in violation of state law and Constitutional principle.

Thank you again for your support of freedom in Johnston County, it will not be forgotten during your next election.

© 2012 GRNCFFE, Inc. All rights reserved. Reproduction and distribution is permitted provided full attribution is given and the item is reprinted in its entirety. Address questions to: President@GRNC.org

Support these PRO RKBA merchants who, as GRNC sponsors, are supporting your Second Amendment rights: